Why Twitter’s Move to 280 Characters is a Bad Idea

Updates to social media platforms are becoming a far more regular occurrence these days, as the companies behind them roll out various tweaks and new features in an effort to increase the number of active users on their sites. And the last 18 months has already seen three major updates with Instagram emulating Snapchat’s Stories feature, Twitter changing its timeline and Facebook rolling out chatbots for Business Pages.

However, it looks like we are about to experience the biggest social media change in years with the news that Twitter has begun trialling a new 280-character limit – double the existing number – with selected users from around the world. This according to Twitter is because users tweeting in languages such as Korean and Chinese are at an advantage over those tweeting in English, for example, as they can convey double the amount of information in one character.

Now amongst the many jokes about the chaos President Trump could cause with an extra 140 characters at his disposal, Twitter is facing a backlash of criticism from users about what the proposed change could mean for the platform – and I must admit that I’m in this group.

Whilst a few benefits immediately spring to mind for issues such as customer service and terms and conditions, I believe that the negatives of this change far outweigh the positives for my favourite social media platform.

Here’s 3 reasons why I think that Twitter’s move to 280 characters is a bad idea.

“Brevity is the soul of wit” Shakespeare once wrote, and the 140-character limit forces users to be clear, concise and to the point. Without this constraint, we are likely to see Facebook-esque rambling from individuals rather than the carefully distilled thoughts we are used to, whilst brands and agencies eager to prove that they’re at the cutting edge of innovation overuse this feature from the off.

Equally, 140 characters is synonymous with Twitter and it is the brand’s USP. Whilst many social media sites have come and gone since the platform was founded in 2006, it is this one feature that has arguably continued to maintain Twitter's popularity. By doubling the limit to 280 characters it will dilute its strongest brand asset.

The customer is always right

And judging by Twitter CEO Jack Dorsey's comments, in which he sidestepped users' “snark & critique” to state “What matters now is we clearly show why this change is important, and prove to you all it's better”, this adage appears to be something that the company doesn't believe in.

Whilst social media users are known at times to overreact and vent their frustration at the smallest of tweaks, the lack of understanding displayed is in my opinion somewhat worrying. Especially considering the pressure it continues to face over a lack of response to trolls, hate crimes and bot networks on its platform.

Twitter also released its own statistics in an attempt to provide a data-driven explanation behind its decision to trial 280 characters. However, two of the key findings were rather contradictory to its reasons behind the change and revealed that 91% of English tweets do not reach the current 140-character limit and that most English tweets use just 34 characters – adding to speculation that this is simply a way to appease shareholders as it tries to improve its struggling business.

One of Twitter’s biggest weaknesses compared to its rivals has always been its targeted advertising. Whilst you can still achieve fantastic ROI from it, Twitter Ads lacks the granular levels of detail found in the likes of Facebook Ads Manager and LinkedIn’s Campaign Manager which can result in poorly targeted ads from inexperienced marketers.

And one of the most common complaints I often hear from Twitter users (and I experience on a regular basis) is that their timelines are often filled with sponsored tweets that are of no relevance whatsoever to their interests. If people thought sponsored tweets about PPI were annoying in 140 characters, wait until we see them taking up more space in all their 280-character glory!

Are you looking forward to the idea of tweeting in 280 characters or do you believe the move will alienate users? We’d love to hear your thoughts.

We can help with Twitter and all aspects of your social media strategy. Get in touch to find out more. 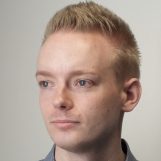