What sort of university PR return on investment can I expect?

What are the results of PR efforts for universities?

If you are investing money in a service or product, you will want to know whether the investment is worth the time and money. For example, if you’re investing a lot of money in a house, it will only be worth it if the house increases in value. The results of this type of investment is easy to see – an increase in value means it was a good investment.

Investing in public relations, however, can be difficult to measure in terms of return on investment. PR is based around changing and influencing the thoughts, behaviours, and decisions of the public; something which may not always be demonstrated by numbers.

However, the results of PR efforts are easier to see if clear objectives and goals are outlined for a PR campaign. PR can be used to influence the public in a number of different areas, so it is integral to decide where you want to make an impact.

For universities, there could be a number of key target areas for a PR campaign. Deciding on what these are at the beginning will make it easier to evaluate the results of the campaign.

Here are the areas universities can target with PR campaigns and examples of successful results:

In fact, here are some PR KPIs universities can use and how to measure them: 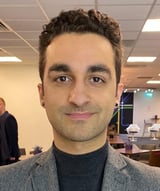 What is a public relations consultancy and how can they help a university?

0 thoughts on “What sort of university PR return on investment can I expect?”