How to work effectively with media in India

India is the second most populated country in the world. It has an astounding diversity of religions, languages and cultures. Along with this, India has a flourishing media scene, with thousands of outlets operating in multiple languages. The mainstream media has more freedom that even before. The use of social media has grown exponentially with the increase in availability of technology. As a result, the media industry in India has expanded tremendously, so now is the time to focus on public relations and secure some great coverage.

In India, there are around 197 million homes with TVs, many of them using direct-to-home satellite and cable services. These cable services can offer up to 1600 channels, with 400 of these being news channels. Public radio is also a frequently-used source of news programming – these radio stations reach more than 99% of the population.

India's press is lively and there are over 70,000 news publications. Driven by a growing middle class it has the largest newspaper market in the world, with an incredible 100 million + copies being sold every day.

The Times of India is the third-largest newspaper in India and largest selling English-language daily in the world. It has a large education section. The other major papers include; The Hindu, a Chennai-based daily and The Hindustan Times, a New Delhi-based daily.

There were 560 million internet users by March 2019, the second largest number of internet users in the world after China. However, internet use has been slower to take hold in rural India.

Facebook is the leading social network, with around 300 million users. Twitter is used by celebrities, journalists and politicians. Some of them have mass followings.

So, now we know some background of the media in India, here are my top tips for securing coverage.

Our PR tips for working with the media in India

While I’m sure you’re all aware of this – India is not just gigantic in population, it is enormous in sheer geographical size.  This is something that business schools and PR professionals need to bear in mind when working with the Indian media.

So, for example, if you’re looking to organise an interview for an alum – who studied at your business school, and is from India – you may decide that you want to get this former student into the Indian press. Now if you organise an interview for this alum - who is from Mumbai – with a journalist from New Delhi, you’ll probably find that your former student can’t, and won’t, make the interview because the distance from Mumbai to New Delhi is over 800 miles.

This is just an example, of course. But you get the point. Business schools and PRs alike need to consider the sheer size of India when looking work with the media there, particularly if they’re looking organise any kind of meeting, or interview for local (I use this term loosely) alums or travelling faculty.

While we’re talking about the size of India, and the distance from one city to another, we need to talk to about time zones.

You need to work with local time zones. It might be 4pm for you in London, but its 9.30pm in Bangalore, so perhaps not the time to be trying to sure up last-minute press requests or arrange the final details for a meeting.

If you don’t take into account the time difference between where you are, and where the media you’re trying to work with are, you’ll find that your emails and calls are often going unanswered.

Make sure your pitches are relevant for Indian journalists. Your pitch must have an element of local and individual relevance to stand the best chance of success.

For example, if MBA students are taking lectures from local business leaders during a study trip, your faculty could discuss the vital lessons to be learned by the next generation of CEOs and entrepreneurs by getting to grips with grassroots businesses in their country.

There is no point trying to push a story that has little to no relevance to the Indian market, as they simply won’t be interested. Building on this, as mentioned earlier – India is immensely diverse. This means that you really do need to make sure that what you’re pitching is relevant, not only to the country, but even to the region that the news outlet you’re pitching to is in. Just as Londoners don’t necessarily want to read about news specific to Manchester, people in New Delhi won’t want to read news that bears no relevance to them as it is only pertinent to Kolkata.


Do you need help tackling the Indian media? We are able to help. 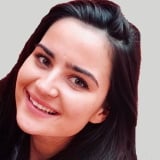 2 thoughts on “How to work effectively with media in India”