How to work effectively with media in France

France is at the heart of Western Europe. Historically and culturally among the most important nations in the Western world, France has played a significant role in international affairs, with former colonies in every corner of the globe, and remains one of the world’s leading industrial powers. It’s home to around 66 million people that support the EU's second largest economy and enjoy reading some of the world’s most respected media publications.

Now that France is becoming more attractive to international students and, at the same time, more French students are looking to study abroad, it’s understandable why many ambitious institutions and corporations are keen to target the nation with their PR efforts.

But beyond the cliché of a beautiful young woman sat at a little Parisian café by the Eiffel Tower, reading Le Figaro, what does the French media landscape actually look like?

The Media in France Today

France has a free press and more than 100 daily newspapers. French news media outlets and industries are intellectually vibrant, in particular the print magazine and online press, and contribute to the country’s political and intellectual life. World-renowned French national newspapers include Le Monde, Liberation, Le Figaro and Les Echos – many of which have a section dedicated to education.

While the circulation of actual print newspapers is declining, the good news is that the audience of their digital outlets is on the rise. What’s also noteworthy is that the market of magazine press is flourishing – it’s apparently one of the most successful in the world.

Our top tips for doing PR in France

Many international PR professionals make the mistake of putting all of Continental Europe under one hat – pitching out to journalists exactly the same way in every country. A word of warning, this will only get you so far.

With our experience securing coverage for clients across the continent, we’ve learnt just how the media landscapes work in each individual nation. Here’s the top three tips that we’ve learnt about French journalists and editors –

In addition to all of this, while communicating in the French language is preferable, many journalists at the top media are able to use English fluently.

Finally, and this goes for PR in all countries, it’s vital to have clear objectives of why you are doing PR and what you want out of it. If you want a presence in French media – great – but why? Is it raising brand awareness? Is it to boost student recruitment efforts?

Go in with a goal and follow our advice – et voilà!

What markets does your institution need help in tackling? We can help. 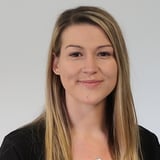 0 thoughts on “How to work effectively with media in France”