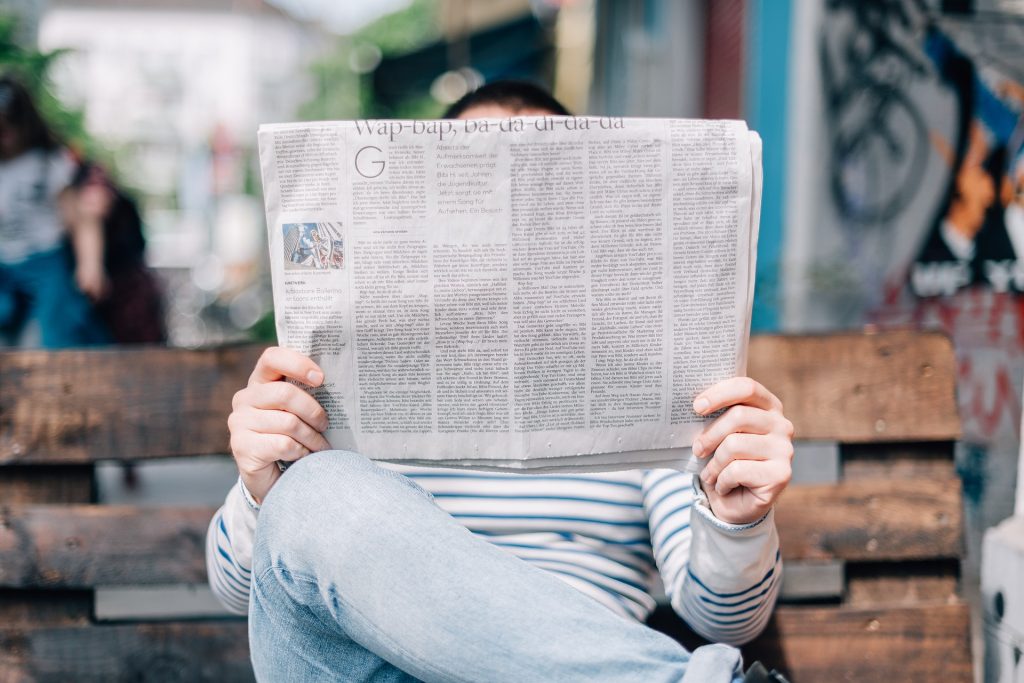 As 2017 comes to a close, you’d be forgiven for thinking the only significant (or fake!!) news stories this year have involved the Brexit negotiations and Donald Trump.

However, if you look a little closer, or have somehow managed to block the words ‘Brexit’ and ‘Trump’ from appearing on your phone (please let me know how!), there has been a number of other news stories on the agenda in 2017 – each of which has provided opportunities for the savvy PR operator.

So as the year comes to an end, here are just some examples of how to use news trends and how BlueSky earned great coverage for our clients.

In July, the BBC succumbed to pressure and revealed the salaries of its biggest stars. In doing so they highlighted again, the substantial gender pay gap that exists in most organisations, with the highest paid male, Chris Evans (no, I’m not sure why he gets paid so much either), earning almost 400% more than the highest paid female. The report created a trend of news stories focusing on gender in the workplace and equal pay, which even persuaded the UK government to order all large firms to publish their own salary figures.

This provided BlueSky with an opportunity to promote research from one of our clients, which found that women scored higher than men in four out of five leadership skill categories, making them better leaders. Not only was this research highly relevant, but it helped to further the discussion on why the gender pay gap exists. Our press release received coverage in over 40 different publications, including The Times and The Metro.

The use of robotics in the workforce is nothing new, however stories regarding AI became particularly newsworthy this year after Sophia, the world’s first humanoid robot, was introduced to the United Nations and granted Saudi Arabian citizenship. Though talking robots sound eerily like the beginning of the next Terminator film, it isn’t that extreme, these stories have actually focused on how robots will impact our working lives and how industries and people should future-proof themselves against robots taking over their jobs (not the world!!).

This trend provided us with the opportunity to gain some coverage for one of our clients, a group of pioneers in robotics who developed a humanoid robot which responded to touch and could infer someone’s gender and personality in 75% of cases, simply by shaking hands. This research was ground-breaking and received coverage outside of the business and tech press to feature in over 30 publications including The Daily Mail, The New York Post and The Sun.

2017 saw a surge in interest in bitcoin (no, I’m still not sure how it works either) as the cryptocurrency’s price rose from $800 in January to $17,900 in December. In fact, ‘How to buy bitcoin’ became the third most googled ‘how to’ globally. Bitcoin even featured in one of the unluckiest stories of the year, where a British man somehow managed to lose his hard-drive which contained what is now $80 million worth of bitcoin (poor fella!).

The interest surrounding bitcoin and blockchain made it a newsworthy feature throughout 2017, which gave us at BlueSky a great opportunity to promote a number of our clients. One of which contributed to an article on ‘Technology trends for 2018: Blockchain 2.0’, which featured on Startups.co.uk, and another wrote an op-ed for the International Business Times on how Blockchain could revolutionise the energy sector.

This year, the government announced that people will be getting better control and protection over their personal data, through changing data systems to ensure companies seek explicit consent to use individual’s personal data. Though this will hopefully end those calls about whether you had recently been in a car accident, or if you had ever taken out PPI (of course not, I was 13 when the last ever PPI was sold, please stop calling me), this new data protection law is likely to pose a threat to many industries who use people’s data, such as the recruitment sector.

This announcement sparked huge interest in stories regarding how different sectors and businesses will be affected by these changes. This gave us a platform to promote some of our client’s expertise on this topic, in both an article on QS TopMBA which featured comments from four of BlueSky’s clients on ‘How GDPR Could Damage the Career Prospects of Business School Graduates’, and an op-ed by a client on the same subject for the GDPR Report.

So, there you have it – proof, if it were ever needed, that it is important to keep up to date with emerging news themes and to know your client and their areas of expertise inside out, so that as soon as these trends emerge, you already have a story for them.

Seasons greetings from all at BlueSky PR – and we’ll see you in the New Year!!!

Thanks to the rise in digital adverts, recent...

The pandemic has without a doubt made major...

Should PR feature in your student recruitment funnel?