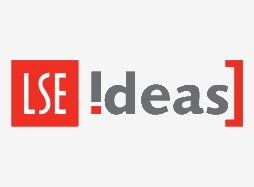 We were initially engaged to raise the global profile of LSE IDEAS, LSE's foreign policy think tank, currently ranked Europe's top university-affiliated think tank. Our focus was on their Executive Masters in International Strategy and Diplomacy and two bodies of research, one looks into how companies can help support the UN’s Sustainable Development Goals and the other looks at why people become radicalised.

Our efforts with the research into radicalisation including dedicated pitching to targeted journalists and a specially-crafted press release designed to garner further interest.

One highlight was securing an opinion article in euronews, which is a multilingual television channel and current affairs website in partnership with NBC, and the platform has an audience of over 400 million. This allowed the researcher, Asya Metodieva, to dig into her work and discuss publicly the motivators behind why individuals are mobilised to join foreign conflicts to an enormous audience.

But the culmination of our work actually led to the UN Security Council Counter-Terrorism Committee Executive Directorate making contact with us. The Political Affairs Officer who works in the Political Analysis and Research Unit where they identify and observe issues, trends and developments related to terrorism and counter-terrorism is now in conversation with Asya to help advise the UN on terrorism.