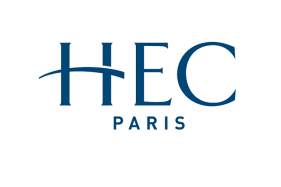 HEC Paris - a leading European business school located close to the diverse Paris business community. Specialising in education and research in management, HEC Paris offers a complete range of educational programs for the business leaders of tomorrow. The school has earned international acclaim for its superior programs, ground-breaking research, and outstanding faculty and student body.  Whilst working with the BlueSky Education team, in 2018 alone the school received more than 2,200 applications, about 800 more than the previous cycle, and used the opportunity to admit 391 candidates, up from 232 the year before, enrolling 235, up from about 140.

To secure international coverage for the annual HEC MBA Tournament (MBAT), a three-day sporting event organised by the school’s own MBA students. It invites student teams from business schools all around the world to compete in a range of activities from rowing and tennis to chess and salsa dancing, providing the chance for them to network with other students and alumni - and take home some sporting glory.

The MBAT has become a proud tradition at HEC. Since its inception in 1991 it has grown steadily to include teams from 14 top business schools around the world as regular participants. It is an unusual b-school event as, at its very core, it provides the opportunity for students to have a little fun. Aside from the scheduled sporting events there are social activities such as formal dinners, battle of the bands competitions, theme nights and sightseeing trips.

This year’s event was set to be the largest in its 23-year history with over 1,500 MBA students expected to attend including - for the first time - a team from Harvard Business School, the first American team to compete.

We decided to pitch the MBAT as the b-school Olympics, using its international reach (this year’s competitors had over 70 different nationalities between them), and the addition of the Harvard team to rouse the interest of business and higher education journalists around the world. A press release was written and distributed giving details of the event and the participating schools.

Additionally, we focused on the personal journeys of the tournament’s student organisers to create profiles which we pitched to both the main business education press, and to the relevant media in their home countries.

Finally, we produced a pitch which focused on the link between sports and business to share with other business publications. In this pitch we detailed famous sportspeople who had MBAs, students at HEC who also had professional sporting backgrounds and offered comment from HEC’s Dean Bernard Garrette and Emilie Flanagan, the student president of the MBAT organising team.

The event itself generated media interest around the globe with articles being commissioned in newspapers and websites across the UK, Europe, America and Asia.

Details of the event taken from the press release featured in the Financial Times, as well as on various MBA and business education focused websites.

News of the event and Harvard’s involvement caught the interest of the American business education press, with Poets&Quants commissioning a two page article, and BusinessWeek writing a piece. Both featured a lengthy interview with Emilie. Profiles of other student competitors and organisers from HEC were featured in Canada’s Globe & Mail and the Times of India.