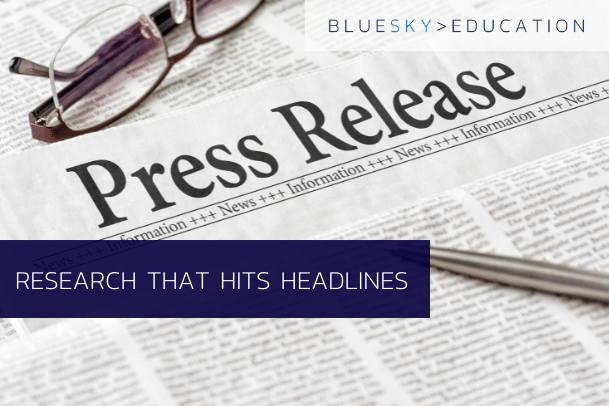 Which academic papers achieve the most media coverage?

Research is important. Many universities and business schools describe themselves as ‘research-led’ or as institutions renowned for the calibre of research they put out.

Research receiving the attention it deserves is just as important. An analysis of over 800 academic research papers on physical health and exercise suggests that the level of popular media coverage for a given paper is strongly linked to the attention it receives within the scientific community.

So it’s no surprise that communications and marketing teams at world leading business schools, as well as the researchers themselves, are keen to ensure that as much of the research as possible is given the airtime it deserves.

But which research is more likely to 'go viral' or even get picked up by more outlets?

Getting the mainstream press to cover science news that is often highly technical and difficult to explain to the layperson is always a challenge, but a recent study found there is a pattern to what scientific research gets press coverage and what doesn’t.

Researchers at Northeastern University reviewed more than 91,000 scientific papers published to determine what factors contribute to whether scientific research is covered by mainstream media outlets.

Among their findings was that media coverage is often determined more by the subject matter of the research than by its scientific importance. Their findings showed that the media is more likely to report on scientific research on topics that are frequently in the news, including personal health, AI and climate change. They also found that unique research was popular. Other, less well-understood categories, such as cell biology, get significantly less press coverage.

Can you give me an example of research that has achieved significant media coverage?

At BlueSky Education we found research discussing good looking men was successful in securing coverage in UK as well as international press. The research from UCL School of Management was on the benefits and downsides of being considered handsome in the working world.

This was because the good looks signalling competence was seen as a threat in these work environments. This story led to coverage in The Guardian, The Telegraph, The Independent, and even Today Online in Singapore, just to name a few.

This story involved an interesting and easily accessible research finding that almost all people would be interested and intrigued to read about. The fact that there are downsides to being considered handsome could also be considered shocking news; the type of news that is probably most successful leading to this story being covered by lots of international outlets.

We also worked with Trinity Business School on a paper which looked at the effect of daily commutes on our productivity. The research demonstrates that commuting reduces productivity at work by draining mental energy, effecting our ability to fully focus on what we’re doing when we finally arrive at work. As we all look at returning to the office after many Covid lockdowns this research resonated with many and was picked up by outlets all over the world.

Will this these research topics always 'go viral'?

Regardless of topic, the study found that the single biggest factor that determines whether science news gets picked up by the mainstream press is whether the research has been publicised with a press release.

To combat some of those issues, universities and business schools should use public relations professionals to translate the highly technical information published in scientific journals into “stories” or press releases to help reporters understand the implications of the research and see its news value.

One of the best ways to effectively convey the importance of a study is to utilise the facts and figures provided within it. For example: A professor at one business school analysed the daily behaviour of 1100 CEOs to ascertain the type of the business leader they were, and then categorised each Chief Executive into one of two categories. He used this study assess whether each CEO was the right fit for the company they worked for. He found that many were ill-suited to their firm. In fact, he found that 17% of those surveyed were in the wrong job.

Supporting the business school in promoting this research, BlueSky Education utilised that key figure provided within the research, placing it in the headline of a press release drafted around the study. The headline read: 17 percent of CEOs are a wrong fit for their firm.

The research was picked up in a number of leading trade publications, as well featuring in the Irish Times, Forbes and the Irish national radio station, Newstalk. It worked because we offered a clear, quantifiable finding that the media could use. Facts and figures are clear and digestible for the press. They’re easy to understand, and so are easy to report.

As you can see making it as easy as possible for the journalist to take your press release and turn it into a news story is a key first step for getting any research published. This is where we can help, for maximising your international press coverage get in touch today. 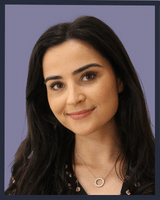 0 thoughts on “Which academic papers achieve the most media coverage?”