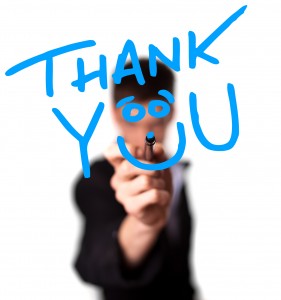 The recipe for a monster marketing campaign

As a communications professional for the recruitment industry, I’ve followed the new monster.co.uk marketing campaign with interest.   Ask any journalist the recipe for a compelling and engaging story and nine times out of ten they will tell you it needs a human interest angle. No matter how dull the subject matter, if a story talks to real people about issues that affect them, they will a) want to know more and b) want to share it with their friends too. Throw in some interesting statistics and a few celebrities and it becomes even more of a talking point. Monster.co.uk does just this with its ‘Monster Thank You’ campaign.

The campaign invites people to thank an individual who has shaped their career, whether it be a colleague, boss, fellow student, teacher, relative or friend, and share their inspirational stories by submitting a message, picture or video via a unique ‘Monster Thank You’ microsite.

Not only are these inspirational stories infinitely shareable across social media, but the thank you theme as a whole is highly ‘campaignable’ - a factor in any successful marketing strategy. Not only did Monster raise awareness and drive traffic to its microsite with an above-the-line radio advertising campaign, the brand also supported this with traditional media relations activity by undertaking a survey of 2,000 consumers and 500 employers. This generated press coverage across both tabloid and broadsheet newspapers, as well as the recruitment trade press, and underlined the social media campaign by revealing that Britain is an under thanked and underappreciated nation. At the same time, the social media activity was given more weight and appeal with the addition of a celebrity endorsement by ex-Blur frontman Alex James, who featured in a looping Vine video.

While monster.co.uk is evidently a major brand backed by a major budget, I think there are lessons that any marketing department can take away from how this campaign was executed. Firstly, practice some joined up thinking – in marketing communications, the saying ‘the whole is greater than the sum of the parts’ certainly rings true. An integrated approach can really make an impact so think about how you can tie all the elements of your marketing programme together. Secondly, as I touched on at the beginning of this blog, consider the human interest angle – don’t just push out the messages you want to say, think about what actually touches the hearts of your audience. It’s a recipe for a monster marketing campaign.

We all want to save money, and cutting back on...

0 thoughts on “The recipe for a monster marketing campaign”