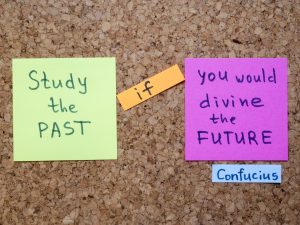 I remembered reading an article published more than 100 years ago which summarised different views of the future – the one we are living now. I must say that most of those predictions were spot on! People living more than a century ago expected technological advancements but the way things were going back then it was not too hard to predict that after Thomas Edison had invented the first viable light bulb in 1880, the product will only improve.

So now, out of a desire to be a step ahead of the game and also test our ability to predict the market, we’ve been asking ourselves how the PR industry will look in a decade.

I personally believe that in the next 10 years less developed economies will catch up on the PR concept and start using it accordingly. Probably not much will change in PR in the Western economies (at least not dramatically), but once countries like the BRICS nations begin to appreciate the benefits of PR like we do, we will be witnessing a true internationalisation of the industry.

‘’ As the news industry continues to evolve from physical to online, from paid for to free and from in-house to freelance staff, press relations will increasingly be about building relationships with disparate individuals and building them across time zones. Companies, large and small, will only be more interested in winning top-quality press coverage globally to promote themselves in new and growing markets. This will mean PR’s that can appreciate and adapt to different cultural norms, whilst simultaneously maintaining a focus on their clients’ goals, will prosper -whilst those that can’t (or won’t) adapt, will die.’’

‘’ PR will become more about content – already it is not enough just to be read, the objective should be for your content to be shared so when thinking about your PR strategies invest time in your content before investing money in SEO!’’

‘’ In a sense, I think it’s almost impossible to predict how PR will look or what it will encompass in a year’s time, let alone a decade. The business world, and indeed the PR arena, is constantly adapting and evolving as new communications channels come into force and global connectivity increases. Perhaps the only definitive point I could make is that PR ten years from now will look nothing like it is today. But, as businesses increasingly recognise the importance of reputation or brand management, it will certainly be a highly valuable corporate attribute.’’

‘’ I think it’ll be interesting to see how the changing nature of journalism will affect PR.

We’re under a constant barrage of information and figures that try to make us believe that print is dying. Yet most of us continue to hold newspapers and magazines close to our hearts. And clients still want to see their businesses and brands on paper pages. Print publications make up an important sector of an industry that employs millions around the world. The Financial Times alone has a permanent global staff of around 2,000 – and that doesn’t even include freelances. PR today is a combination of media threads woven into a cloth that combines newspapers, magazines, online content, TV, radio, social media and all the other essential factors that PRs deal with interlaced in-between.

If journalism changes, so will PR, and the next decade will just show how.  ‘’

‘’ I think that the role of a PR consultancy will become much more specialist in the next 10 years. It is now easy for anyone to send press releases out in bulk even if they have nothing interesting to say, and the customer is becoming more and more aware of this. Therefore good PR people will have to come up with more creative ways of getting their message heard, with content becoming ever more important. The influence of social media will mean that PR professionals must be much quicker to engage with their audience and much more succinct in order to stand out from the crowd and those that adopt a machine gun approach to sending out releases will find it harder and harder to survive. ‘’

Taking the brief to its most extreme conclusion, Kerry Gill’s first thought was ‘’ In the future PRs will have a direct telepathic link to both their clients and journalists so that they can be at their beck and call 24/7...’’

But with a more immediate outlook  in mind,  she added:

‘’ I don’t think that the role of PR will not look radically different to how it looks now. Despite the growth in online media and the impact social media has had on communications, it’s not as if good old fashioned print publications have died out – and I don’t think they ever will. In ten years’ time, people will still be accessing their news (and looking to share their news) in the same way, so as PRs we’ll still be working in the same fashion. The only change the next few years will bring is an increase in the number of outlets available, and the number of voices that want to be heard. Very much as they have to be now – PRs will need to remain skilled at cutting through the noise, and bringing the right message to the right audience. ‘’

‘’ I think any change in PR will depend on changes in the way content is delivered. The rise of social media has meant companies now have a number of channels to target their consumers. While print press will still have a place, I think businesses will have to develop a more personal approach to target the increasingly switched-on audience and the scatter gun approach will be a lot less effective. I also think as the world becomes more international, PR will in turn address a more global audience to target new, emerging markets.’’

So now you know how we see PR in a decade’s time. How do you see it?