The 5th November marks the 413th anniversary of the failure of the 1605 Gunpowder Plot to blow up the Houses of Parliament.

Led by Robert Catesby, this group of Roman Catholic activists had suffered persecution during the 45 years of Queen Elizabeth’s reign. Against all their hopes, Protestant King James I ascended to the throne and declared that Catholics were still not free to practice their religion.

So, the plotters laced a cellar in the House of Lords with gunpowder but were rumbled last minute when Guy Fawkes was caught red-handed by a group of guards. He was tortured for information and only narrowly escaped being drawn and quartered alive by leaping off the gallows and breaking his own neck – grisly stuff.

Fawkes became a symbol of disobedience and when the 5th November was granted as a national holiday by the King – during which church attendance was compulsory – effigies of Guy were thrown into huge bonfires to condemn his treason.

Today, the Houses of Parliament are still searched by the Yeomen of the Guard before the state opening, which is held in November. More ceremonial than serious, the guards use lanterns to light their way.

Perhaps unpredictably, Guy Fawkes’ face has become an international symbol of anti-establishment protest groups, most notably Anonymous, the ‘decentralised international hacktivist group’, which has been know to launch cyber attacks at governments, corporations and the Church of Scientology.

This has caused much debate, with supporters who want to protect their identity saying that the mask is a symbol of the movement against corporate greed. Those who dissent condemn Guy as a symbol of active terrorism, involved in a plot to bring down a government in a bloody and shocking manner.

Interestingly, the mask was actually made famous in the film V for Vendetta, meaning that every time an anti-capitalist and anti-corporation activist buys one, they are inadvertently supporting Warner Bros, one of America’s 100 biggest companies with yearly profits that are always into the billions.

Looked at lightly, this could be viewed as a PR faux pas for Anonymous (who I am sure are hugely concerned with such things!). Insufficient research is often to blame for companies or organisations being outed for using misguided or even downright inappropriate symbolism in their branding.

Yet in this case, to me, it seems that using a figure of such controversy almost perfectly suits their mission. 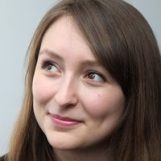